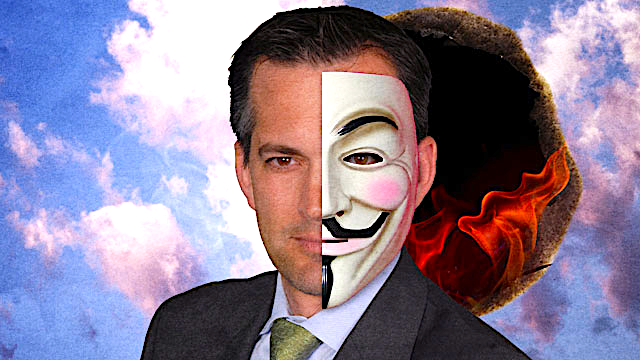 Today I would like to tell you a story.

LONG LONG AGO, there were two merchants and were getting ready for business trips to sell their merchandise, so they had to decide whether to travel together. They agreed that since each had about 500 carts, and that they were both going to the same place along the same road, it would be too crowded to go at the same time.

One decided that it would be much better to go first. He thought, “The road will not be rutted by the carts, the bullocks will be able to choose thebest of all the grass, we will find the best fruits and vegetables to eat, my people will appreciate my leadership and, in the end, I will be able to bargain for the best prices.”?

The other merchant considered carefully and realized there were advantages to going second. He thought, “My friend’s carts will level the ground so we won’t have to do any road work, his bullocks will eat the old rough grass and new tender shoots will spring up for mine to eat. In the same way, they will pick the old fruits and vegetables and fresh ones will grow for us to enjoy. I won’t have to waste my time bargaining when I can take the price already set and make my profit.” So he agreed to let his friend go first. This friend was sure he’d fooled him and gotten the best of him – so he set out first on the journey.

They came to a wilderness called the ‘Waterless Desert’, which the local people said was haunted by demons. When the caravan reached the middle of it, they met a large group coming from the opposite direction. They had carts that were mud smeared and dripping with water. They had lotuses and water lilies in their hands and in the carts. The head man, who had a know-it-all attitude, said to the merchant, “Why are you carrying these heavy loads of water? In a short time, you will reach that oasis on the horizon with plenty of water to drink and dates to eat. Your bullocks are tired from pulling those heavy carts filled with extra water – so throw away the water and be kind to your overworked animals!”Even though the local people had warned them, the merchant did not realize that these were not real people, but demons in disguise. As they continued on their way they found no oasis or any water at all. they have been fooled by demons and fell prey to them.

After several months, the second merchant began his journey along the same way. When he arrived at the wilderness, he assembled all his people and advised them — “This is called the ‘Waterless Desert’ and I have heard that it is haunted by demons and ghosts. Therefore we should be careful. After getting about halfway through, in the same way as with the first caravan, they were met by the water soaked demons in disguise. He told them to leave them alone saying, “We are businessmen who don’t throw away good water before we know where the next is coming from.”

They travelled ahead on the midway they saw the remnants of body, bones of the people, animals carts and belonging of the first merchant which he immediately recognised. All of them took a sigh of relief….OUR LIVES ARE SAVED….by the grace of our intelligent and wise merchant. They picked up useful things from there. They had their journey completed successful and returned back to their village with many profits.

So what’s the moral of the story and why have I said it?

These disguised demons are none other than Corona demons who are disguised and thrive on our KNOW-IT-ALL ATTITUDE. We are now in UNLOCK phase where now NO POLICE, NO LOCKDOWN to stop us or control us. What is our security now…none other than OUR WISDOM.

The US government’s Centre for Disease Control (CDC) has made official the emerging scientific evidence on Coronavirus transmission:

These findings that have been emerging for a while need to be applied by people to manage the situation in the best possible manner. Time to reduce panic about surface transmission, and not be too eager to go back to office.

TO SUCCESSFULLY INFECT A PERSON, THE VIRUS NEEDS A DOSE OF ~1000 VIRAL PARTICLES (vp)

SCENARIOS
1. Being in the vicinity of someone (with 6 ft distancing): Low risk if limit to less than 45 minutes

2. Talking to someone face to face (with mask): Low risk if limit to less than 4 minutes

8. Restaurants: HIGH RISK (can be reduced to medium risk by surface touch awareness)

9 thoughts on “DEMONS IN DISGUISE”